Who Was Samuel in The Bible? His Story And Lessons 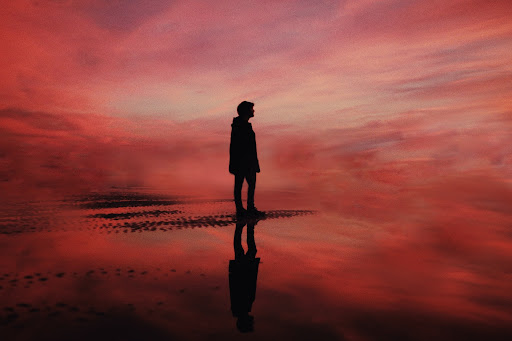 Who was Samuel?Facts about Samuel in the BibleWhat we can learn from Samuel’s storyLove God above all else

The end of the judge's period, roughly 300 years between Joshua and Saul, brought God's preparation for a child who would have profound leadership skills and steadfastness as the last judge of Israel.

This child’s name was Samuel, and his life involved many trials and tribulations.

In this article, we’ll talk about the story of Samuel and the lessons we can learn from it.

The Prophet Samuel was a Levite from the descendants of Kohath.

In the Bible, his story began with a barren woman, Hannah, asking for a child from God. According to the Bible, "the Lord remembered her," and she became pregnant soon after. Hannah named the baby Samuel, which in Hebrew means "the Lord hears" or "the name of God." After weaning him, Hannah gave him to Eli, the high priest, to present to God at Shiloh.

As he grew up, Samuel ministered to God with the priest Eli at the tabernacle. God's favor was upon Samuel because he was a faithful young man. Because of his faith, while Samuel was sleeping one night, the Lord spoke to him, but Samuel mistakenly thought the voice came from Eli. Samuel heard the voice of God three times before realizing it was God speaking to him.

This covenant with God began Samuel’s journey as a prophet of the Lord.

As Samuel's wisdom increased, he eventually became the last judge and a prophet. Samuel rose to become a judge after a Philistine victory over the Israelites at Mizpah, as he rallied the nation to fight the Philistines. As he settled disputes in various cities, he established his home in Ramah.

Samuel had two sons, Joel and Abijah, who were delegated to become judges after him. When his sons grew up, both became corrupt, so the people demanded that a king be appointed. God guided Samuel in anointing the first king of Israel, a handsome Benjaminite named Saul.

As he proclaimed his farewell, Samuel encouraged the people to abandon idols and serve the one true God. They were warned that if they and King Saul disobeyed, they'd be swept away by God.

However, in a battle with the Amalekites, Saul disobeyed God, sparing the evil king's livestock despite Samuel's instructions to destroy everything. It was because of this grievance that God chose another king instead of Saul.

In Bethlehem, Samuel anointed the young shepherd David, the son of Jesse, as the new King. Although it wasn’t an easy journey, King David suffered a lengthy ordeal as jealous Saul tried to kill him for years afterward.

After Samuel died, he appeared to Saul one last time in spirit form. On the eve of a terrible battle, Saul visited a medium, the witch of Endor, and asked her to summon the spirit of Samuel. It's recorded in 1 Samuel 28:16-19, how the apparition told Saul he'd lose the battle, as well as the lives of his two sons.

After having so much influence on both Kings Saul and David, Samuel's story ends here.

Facts about Samuel in the Bible

Apart from Samson, Samuel is one of the most intriguing Old Testament figures. And there are many interesting facts about him in both 1 Samuel and 2 Samuel alike.

What we can learn from Samuel’s story

There’s a lot we can learn from the Books of Samuel.

The first lesson being God's continued sovereignty in Israel, regardless of who they choose as their king. Other things or people may occupy the throne of our hearts, but God remains sovereign, so He'll never allow false idols to usurp His authority over His subjects.

As Samuel proved more than once, no matter how intimidated we are by those in authority, we must remain obedient to God. Those who remain steadfast in their faith may be looked upon cynically by the world. Despite this, those who remain faithful to God will be vindicated.

Despite having reservations about anointing a king for the people, Samuel sought God's advice and abided by His decision. Most of us indeed consult God when confronting important life decisions. But how many of us are willing to follow His guidance, even when it seems contrary to our own desires?

No matter how good an administrator you are, it is a sin not to pray for the people you're responsible for. We may be tempted to view a person as beyond restoration too quickly when they fall into sin. However, Samuel taught us to pray for them regardless, so we must follow his example.‍

God’s plans for everyone will come to pass, but it should never stop us from continuing to pray and care for those who are weaker in their faith.

Love God above all else

God will always have a plan for us, no matter where we are in life.

A key verse that perfectly sums this sentiment up is: “But Samuel replied: ‘Does the Lord delight in burnt offerings and sacrifices as much as in obeying the voice of the Lord? To obey is better than sacrifice, and to heed is better than the fat of rams’” (1 Samuel 15:22).

For more on the story of Samuel, download the pray.com app in the iOS App Store or Google Play.

The power of prayer

Loving your neighbor as yourself