The Judges In The Bible Story 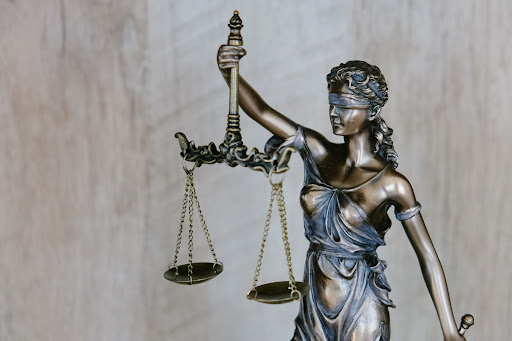 The book of Judges in the BibleWho were the judges of Israel?Why is it important to learn about the Judges?Judge not…

When Israel forgets their God, what happens?

As we see in Judges, Israel fell into a tragic downward spiral. This book examines the human condition in a sobering manner and emphasizes the need for a savior.

In this article, we’ll discuss the Judges as they appear in Scripture, as well as why we should study their stories.

The book of Judges in the Bible

In the Old Testament, long after Genesis but before Israel had a king, there were a series of tribal leaders known as judges.

In the Book of Judges, there are many tales regarding each judge's deeds and the circumstances surrounding their actions during this dark time in ancient Jewish history. The Israelites were saved from their enemies by these brave men and women, and they were led back to God by them.

In the Book of Judges, we find several chapters dedicated to some of the more famous judges — like Gideon and Samson — while others only get a paragraph. Shamgar only gets one verse. Here, we'll explore the Bible's description of each of the judges, as well as their role in delivering Israel.

But first, what does “judge” mean here?

In a court case, a judge determines guilt or innocence for a party. However, the Hebrew word for judge has a much broader meaning.

The Hebrew term shofet, translated into English as “judge,” is closer in meaning to “ruler” than the English meaning. An example of this would be a military leader or deliverer who protects people from threats or actual defeat.

After Moses led the Israelites out of Egypt, Joshua led them into the promised land. After the death of Joshua and his generation, the Israelites' knowledge of God also died (Judges 2:10). It was then that they began to worship other gods. To test them, the Lord handed them over to their enemies and sent in the judges from surrounding nations.

After every death of a judge, the tribes of Israel would return to idolatry and sinful practices. During that time, there were constant cycles of sin and deliverance. Whenever Israel rebelled against God, God disciplined them, and when Israel repented, God delivered them.

So let’s dive into a summary of each Judge’s role in the Book of Judges.

Who were the judges of Israel?

There were twelve official judges of Israel, all from different times and tribes. Some are minor judges, while others are significant.

Othniel, either the nephew or brother of Caleb, was the first judge. He freed Israel from the oppression of King Cushan-Rishathaim. His wife Achsah was given to him for conquering a city called Debir.

Ehud was a skilled left-handed warrior, which allowed him to deceive King Eglon’s guards and bring a sword into Eglon’s royal chamber. Ehud said he had a “secret message” for Eglon and drove a blade into his stomach. In the ensuing confusion, his army drove out Eglon’s forces. Eglon gathered the support of the Ammonites and Amalekites. Together they captured the Israelite city of Jericho.

Shamgar killed 600 Philistines with an oxgoad, which is basically an ancient cattle prod. Whether he killed them all at once or over many battles is unknown.

Deborah is the only female judge. She was also a prophetess. After freeing the Israelites from King Jabin, she wrote The Song of Deborah, which is believed to be one of the oldest passages in the Bible.

Gideon is one of the most well-known and important leaders in the Book of Judges. There are more verses dedicated to him than any other judge.

Gideon had a miraculous birth, and when he grew up, he was called to free the Israelites from Midian. He defeated their armies with just 300 men. The Israelites tried to make him their king, but he refused.

Tola became a judge after the death of Abimelech, an evil son of Gideon who had led many Israelites astray. He was from the tribe of Issachar, and his grandfather was a man named Dodo. He led Israel for 23 years. The Bible says he “rose to save Israel” (Judges 10:1), but we don’t know what he saved them from.

Jair led Israel for 22 years. Scholars believe Jair was likely a descendant of a much older Jair: Jair, son of Manasseh. His claim to fame is that he had 30 sons who rode 30 donkeys and ruled 30 towns. These were called the “towns of Jair.”

Jephthah was a mighty warrior who made a foolish vow, saved the Israelites, and then did something terrible. He sacrificed his daughter because of his vow.

Ibzan had 30 sons and 30 daughters, all of whom married people outside his tribe to extend his family’s influence. He judged Israel for seven years.

Elon is the judge we know the least about. All that’s known about him is that he was from the tribe of Zebulun, and his name means a type of tree — either an “oak” or “terebinth.”

Abdon was probably a very wealthy judge because all we know about him is that he had 40 sons and 30 grandsons who rode on 70 donkeys. He led Israel for eight years.

Samson’s life’s purpose was to wreak havoc on the Philistines. He was a Nazarite, and from the time he was born, he never cut his hair. This was the key to his strength and also his Achilles heel.

He was eventually captured after his lover Delilah, who lived in a valley that bordered the Philistines and the Israelite tribe of Dan, tricked him into revealing his secret. When his hair grew back, he ripped out the pillars of the building, killing himself and 3,000 Philistines.

Why is it important to learn about the Judges?

There are six judges in the Book of Judges who show signs of corruption.

These judges start off fairly well (Othniel, Ehud, Deborah) but become increasingly worse (Gideon, Jephthah, Samson). After Moses, Samuel was the last judge and the first prophet. The Book of 1 Samuel lists Eli the priest, Samuel the prophet, and Samuel’s sons as leaders in this respect.

The Book of Judges also has a few other important leaders, including Barak. However, they're rarely aligned with the featured 12.

We conclude the book with two disturbing tales that illustrate how lawless society has become. The central verse that summarizes this says, "In those days Israel had no king, and everyone did what was right in their own eyes."

As long as Israel repented, God was merciful and raised someone to deliver them from their enemies. According to Judges, Israel will always lose its way without a leader.

The story also shows us that even God-ordained leaders can commit evil deeds and lead God's people astray. Long after the period of the Judges, the Israelites would repeat the same lesson through a succession of kings in the centuries that followed.

In the end, Israel didn’t need a judge or a king to save them — they needed a Messiah. And one would be born in Bethlehem.

The book of Judges is amazing, not because of the horror of the sins in these chapters, but because of the true glory of salvation that God achieved from those sins through patience, mercy, compassion, steadfast love, and faithfulness.

For more on the Judges, download the pray.com app in the iOS App Store or Google Play.